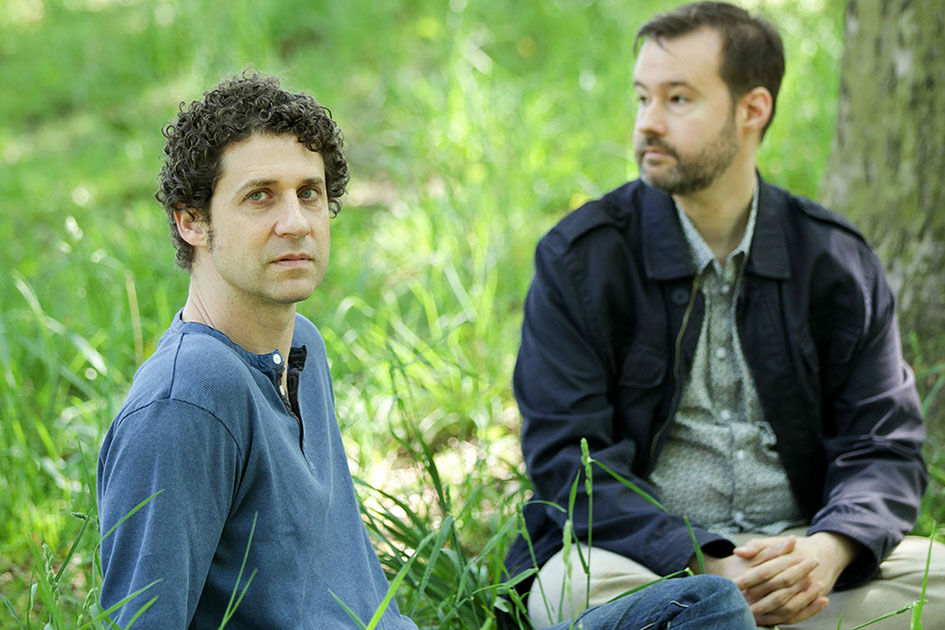 What is this new group which has so quickly earned such glowing reviews on blogs from Norway to Iceland, which is suddenly being played on radio stations and web stations in countries as diverse as Greece and Brazil, with a single on fabled indie-pop label Elefant Records and a hit video?

In fact, Onward Chariots is not entirely new. A few years ago, Ben Morss began recording songs under the name “Chariots of Tuna” for indie-pop compilations such as I Made It out of Clay (Little Shirley Beans Records) and Candycore! (Asaurus Records). Then he moved to New York City. And the band was no more.

Fast-forward to late 2008. Ben, Dan Davine, Shawn Setaro, and Rus Wimbish were all playing together in the theatrical classical-pop hybrid group, the Infinite Orchestra. But the urge to create beautiful, intricate pop cannot long be suppressed. And in their small practice space in Brooklyn, these skilled musicians hatched a plan to restart Chariots of Tuna. They recorded three songs in that same practice space. Ben sang layers of vocals and overdubbed keyboards late at night. And Dan engineered and produced the result. And thus Chariots of Tuna returned to life.

And then they changed their name oh-so-slightly, to Onward Chariots.

People who compare things to things compare Onward Chariots’ music to the Beach Boys, Beulah, the Shins, Teenage Fanclub, and Belle and Sebastian. Songs tell of the ache of long-distance love affairs, the faith and confusion of a woman waiting for her husband to return from World War II, and the simple self-pity of an unloved songwriter. Everything is recorded and produced in the band members’ studio and apartments.

Ben may or may not have also played keyboard on albums by Cake and Wheatus and with California acid-jazz acid-heads 11:11 at festivals like SXSW and NXNW. His poppy punk band, The Pilgrims, was alternately loved or hated by college radio stations across the U.S., and he has proven his twee credentials by writing two children’s musicals. The band also features Rus Wimbish (Scurvy) on bass, Shawn Setaro (Martin Bisi, Dresden Dolls) on guitar, and Dan Davine (Tamarama) on drums.